“Beauty” Standards and Trends In China 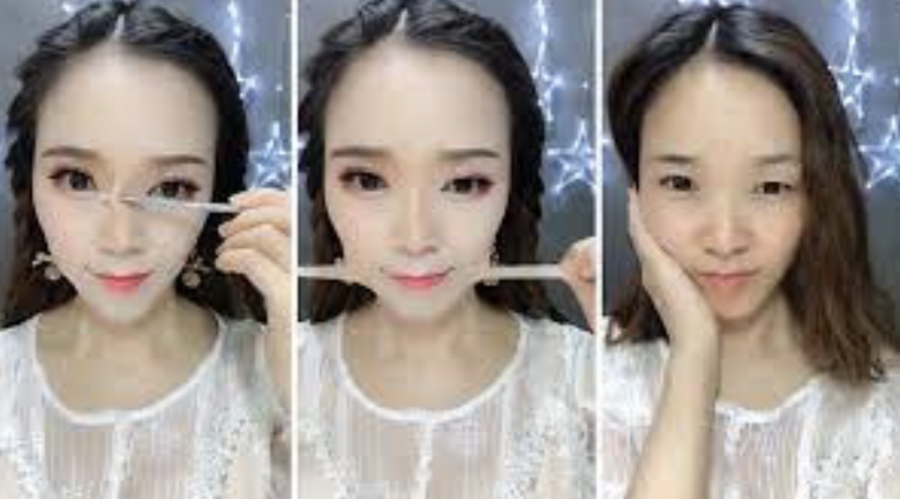 It’s true that beauty is subjective. People always say, “Beauty is in the eye of the beholder.” However, it’s no secret that there are beauty standards, qualities and aspects which everyone deems conventionally attractive. Every culture emphasizes different traits. America values white teeth, an hourglass figure, tan skin, full lips, etc. How about China?

China’s beauty standards and trends are extreme to say the least. China adulates pale, porcelain skin because if you have tan skin, it denotes poverty and a farm life. In fact, almost every T.V. show and movie whitewashes its participants, making them as white as fine china. Accompanied with that, the advertisements usually market some kind of skin-care product—most likely sunblocks and or some kind of skin-lightening agent.

Additionally, being skinny is ideal; however, what Chinese standards view as acceptable is not what many people would deem as healthy. While Americans praise the figures of celebrities such as Rhianna, Kim Kardashian, and Nicki Minaj, most Chinese citizens would not. In China, a big butt, thick legs, and thick arms are not seen as beautiful; instead, women strive for an overall skinny frame, especially long, thin legs.

In 2015, there was a collarbone trend. When you are skinnier, your collarbone is more pronounced and protrudes out. With that idea, the collarbone trend came to be. The goal was to fit as many coins as possible on your collarbone; hence, the more you could fit the better and skinner. In 2016, there was a trend called the A4 paper waist challenge. Women in China would post a comparison of their waist to the width of a standard A4 piece of paper. If your waist was skinnier or the size of the paper, you were deemed as “beautiful” and would receive praise. It was deemed as an unrealistic beauty standard and received a lot of backlash from the western audience. Other crazy trends have occurred throughout the years as well. The Iphone 6 challenge’s goal was to cover the width of your knees with an Iphone 6. The money wrist challenge tested if you could wrap a bill around your wrist to see how tiny your wrists are. The “beauty and ugliness identification method,” which said that if your lips don’t touch your index finger when you put it from the tip of your nose down to the chin, you would be considered beautiful. Another challenge was the belly button challenge, which tested if you could wrap your arm around your stomach and touch your belly button.

Let’s talk about facial features now. The ideal look would be big eyes, double eyelids, and a tall nose bridge. However, it’s not that normal for Asians to be born with such features. Healthline indicates that “A low nasal bridge is completely normal for many people of Asian and African descent.” It is genetically proven that the flat nose bridge was an adaptation to climate to retain heat in a cold environment. Regardless, cosmetic surgery is often opted for. According to Wall Street Journal, “Chinese consumers [are] poised to double to 800 billion yuan ($122 billion) by 2019, up from 400 billion yuan in 2014.” In fact, “around 7 million Chinese people paid for enhancement procedures in 2014.”

While every culture and country has their beauty standards, China’s is unique to say the least. Despite these bizarre trends, it’s important to ask yourself if it’s worth it or not to risk your health to fit something that is always erratically fluctuating.