Symphonica — A New Club on Campus 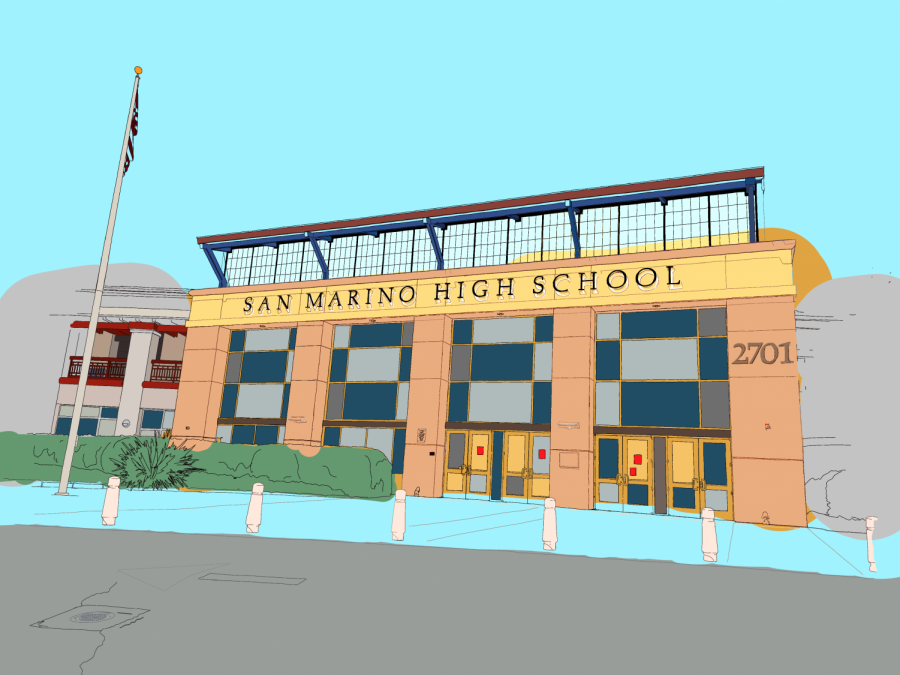 Ever since SMHS was founded, there has always been an inclusive environment that has embraced extracurricular clubs and activities. This year, we welcomed Symphonica, our school’s newest club. Symphonica is a club that allows students to express themselves through music. For those with busy school schedules and those who can’t afford to join Band, members of the club are given the privilege of playing instrumental music in an organized symphony. “It’s a music club which would allow students to play the music they want to play with the people they want to play it with,” Alex Chuang (12), the vice president and founder of the club, said. For instance, if you’ve always wanted to learn how to blast your favorite songs on the trumpet with your friends, then Symphonica would be the perfect club for you.
However, so far the club has experienced quite a few setbacks. “The process has been difficult. There is a certain pressure being a new club, considering the success of the club is based on our ability to provide great events and get a large enough following to carry over to the following years. Because of this, we have focused a lot of our attention on publicity. For example, for club rush, instead of doing a traditional food item, we chose to sell Kazoos. Kazoos are not very profitable items to sell, but it works more in spreading the word of our club. [When]People hear other people playing the kazoos, they’ll ask where’d they get them, and that leads to us. And we sold out of kazoos, got more members, so it worked just as we had hoped!” Chuang said when asked about the hardships of starting a club.
So what’s the point of playing a musical instrument? Is playing music just an everyday hobby, or can it be beneficial to a person’s daily life? Backed by multiple scientific studies, it has been proven that music relieves stress and improves the brain’s cognitive functions. A universal language used by all cultures around the world, playing music is a great talent to have and a simple way to experience the world from a different perspective. “The reason Symphonica is great is that you can diversify your arsenal,” Chuang said. “And this is one of the greatest parts of Symphonica. The ability to explore. In Band or Choir or any other musical organization, you have to follow what the entire group is performing, but in Symphonica, you can choose whatever you want to play. Or if you don’t know what you want to play, you can join other groups and explore new styles and songs.” Of course, musical instruments are just fun to play, bringing an abundance of joy to everyone involved. Unlike other forms of enjoyment such as binge-watching TV and scrolling through Tik Tok, joining Symphonica will bring a fulfilling sense of pride and accomplishment.
With karaoke-type events and general performances, the end goal of the club is to participate in a musical competition. Meetings are on the first Monday of every month, with the club’s first meeting on Monday, September 13. People interested in joining are recommended to bring their own instruments, but there is a system in place for borrowing instruments. For those willing to join Syphonica’s Mentorship Program, there is a process to do so and it is recommended to talk with the club’s cabinet members. It doesn’t matter if you’ve never heard of the treble clef or if you’ve been studying music theory for the past few years. Regardless of grade, skill level, or availability, anyone is welcome and encouraged to join. A jovial, light-hearted, and enjoyable group, the club is willing to give everybody an equal chance to have fun.
Yes, Symphonica is a club catering to music enthusiasts and people looking for a fun, relaxing hobby. However, it’s a wonderful gateway into the magical world of instrumental music for anybody willing to spend a little time.