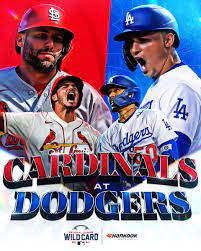 Last Wednesday night, October 6, the St. Louis Cardinals traveled to Los Angeles to face the 106-56 Dodgers. Two blazing hot teams would meet up at a sold out Dodger Stadium in a single-elimination game, winner takes all. Two veterans with their fair share of playoff experience would start on the mound for both teams. Future hall of famer Max Scherzer pitched for the Dodgers, while legend Adam Wainwright started for St. Louis. And as many expected, a pitcher’s duel ensued.

The Cardinals struck early, in the top of the first, when Scherzer threw a wild pitch that got past catcher Will Smith, scoring St. Louis’ shortstop Tommy Edman. On top of several bad calls by home plate umpire Joe West, this made the Dodger’s ace very uneasy, and despite only giving up one run, he did not play to his normal capabilities.

The score remained 1-0, where the Cardinals, led by some masterful pitching by Adam Wainwright, had full control of the game. That was until Justin Turner stepped up to the plate in the bottom of the fourth inning, and tied the game up with one swing. He hit an absolute monster of a home run into left field and that tied the ballgame up, 1-1.

After 4 1/3 innings for Max Scherzer, Dodger manager Dave Roberts thought it would be a good idea to go to the bullpen, and he brought out fan favorite pitcher Joe Kelly. He shut down the rally St. Louis had been building up, but Los Angeles could not capitalize on any of the clutch moments by the Dodger bullpen. The score remained 1-1 up until the 9th inning. Pitching and defense had been dominant, and things were showing no sign of changing when Dodger closer Kenley Jansen jogged out of the bullpen to start the 9th inning.

Jansen struckout the leadoff batter, but then Tommy Edman, yet again making a difference in this game, drove a line drive to right field for a single. But Jansen, a very experienced big leaguer, managed to stay calm and strike out the remaining two batters. Momentum swung heavily into the Dodger’s favor, and in order for the Dodgers to advance to play their dreaded rivals the San Francisco Giants, they would have to hit a walk off to win the game.

And it was the perfect time to hit a walk off, as Cardinals legend Albert Pujols stepped to the plate not for the Cardinals but for Los Angeles. What a storyline that would have been if Albert were to hit a home run. And he almost did to give the Dodgers a win. But Cardinals center fielder Harrison Bader managed to track it down. The second for Los Angeles fared no better than Pujols, flying out yet again to Bader. But a walk from Cody Bellinger would keep the Dodgers alive and give Chris Taylor a shot to walk it off. In a surprise move, Bellinger swiped second base, which changed the entire course of the game. And that very next pitch, Chris Taylor got a hold of the ball and drove it to deep left field. Dodgers: 3, Cardinals: 1.

Chris Taylor walked it off for the Dodgers and celebrations throughout the city of Angels ensued. Next up for the Dodgers is a trip, for the ninth straight season, to the NLDS, where they face their hated rivals from up north, the San Francisco Giants. This series will be very exciting, emotionally charged, and all out thrilling to see who moves on for a chance in the World Series.

And now for the player of the game. Isn’t it obvious? Chris Taylor hit the walk-off home run to keep the Dodgers fighting for another day. Yes he is the player of the game, and hopefully the momentum built here from beating the St. Louis Cardinals will carry on to Game 1 of the NLDS in San Francisco.