Coney Barrett to the Supreme Court 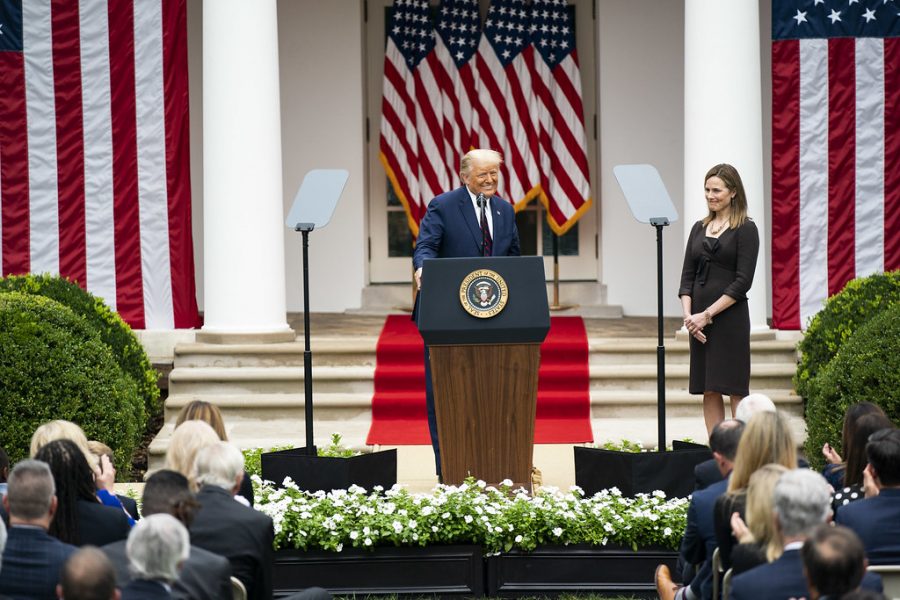 On the 26th of October, a month after the passing of Justice Ruth Bader Ginsburg, Amy Coney Barrett was sworn in as an Associate Justice of the Supreme Court. The New Orleans native, 48, was nominated by President Donald Trump. On the eighteenth of September this year, Ginsburg died at the age of 87, her death throwing the United States into a state of frenzy, while our current president nominated Barrett merely eight days later. On the date of Ginsburg’s death, quite a few speculations were made. If the appointment is pushed past the election date? Trump will be left with the opportunity to appoint someone during his lame-duck period, because there will only be a transition in January for the office. Then, the Republican odds of appointing a new conservative Justice will decrease, hinged on the result of the Arizona special election between Martha McSally and Mark Kelly. If Kelly won, the combination of the already existing Democratic senators, including Republican peel-offs such as Mitt Romney, Lisa Murkowski and Susan Collins, would be enough to block Trump’s appointment. Even if Trump does not win the re-election, which is a very controversial topic at the moment (especially with election day literally tomorrow), as said before, he could have tried to force one through the lame-duck period, before president-elect Democrat Joe Biden takes office. If Trump had failed to push through the appointment in the lame-duck period, Biden, most likely, would appoint a more liberal Justice to replace Ginsburg.

However, President Trump has managed to push his choice nominee through. A conservative justice has taken the spot, pushing the balance to be 6-3. This broke the established precedent set by the Republican Senate in 2016, when they refused to hold a vote on former President Obama’s nominee Merrick Garland. As a New York Times article said prior to her confirmation, “Judge Amy Coney Barrett, President Trump’s pick for the Supreme Court, has compiled an almost uniformly conservative voting record in cases touching on abortion, gun rights, discrimination and immigration.” Needless to say, her appointment spells disaster– or at the very least, disastrous debates and controversy.

As aforementioned, the election, November 3rd, has everyone waiting in anticipation. A highly versatile discussion in homes, offices, and even schools, the election this year perhaps faces one of the more high stakes compared to others in our nation’s history. There have been several contentious United States Presidential Elections since the birth of the nation in the late 1700s, and many are speculating that 2020 could join the ranks of that list.