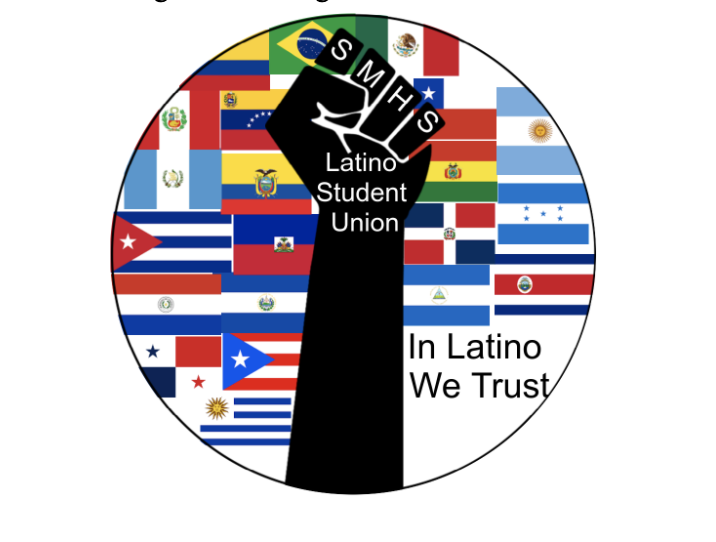 A new club known as the Latino Student Union has recently been approved for anyone interested in Latino culture to join. Because it is hard to stay connected with others during these times, the LSU serves as a way to be a part of an online community until conditions allow schools to re-open. Regardless of location, the LSU simultaneously allows members to learn about Latino customs, and to be offered a valuable way to practice Spanish for those that would like to enhance their language skills.

The first ideas about the club arose in seventh grade for the president and founder of the club, Madeleine Aguilar. “[…] We skipped over the sections about Central American history, so I thought it would be nice if I could share the history and the culture to all of SMHS,” Aguilar said. Now, several years later, Aguilar has officially started the LSU with the help of the club adviser and Spanish teacher, Señora Salgado.

To incorporate different layers into the structure of her club, Aguilar has other plans besides teaching about Latino culture. “[The ultimate goal] is to help uplift the Latino community, and build the community so people can have volunteering experience, and to learn new things while having fun,” Aguilar said.

Furthermore, Aguilar has planned ahead for when schools are safely open. “[…] We’re going to do fundraisers where we’re going to sell Mexican and other Latino snacks: tamales, tacos, champurrado, and atole, so that people will know more about the food,” Aguilar said. Since a fundamental part of each culture is their  cuisine, fundraisers that showcase Mexican and Latino dishes are ideal for a deep-dive into the unique culture.

Thus, because she has been surrounded by Latino culture her whole life, Aguilar decided to establish the Latino Student Union to inform other people about the traditions and customs that are significant in her life. Due to the pandemic and online-school, Aguilar faced a challenge when garnering signatures, as most people did not know her since she had only been at the high school for a few months. Nonetheless, early into her freshman year, Aguilar has already taken the necessary steps to get closer to her goal of sharing the culture that she cherishes.