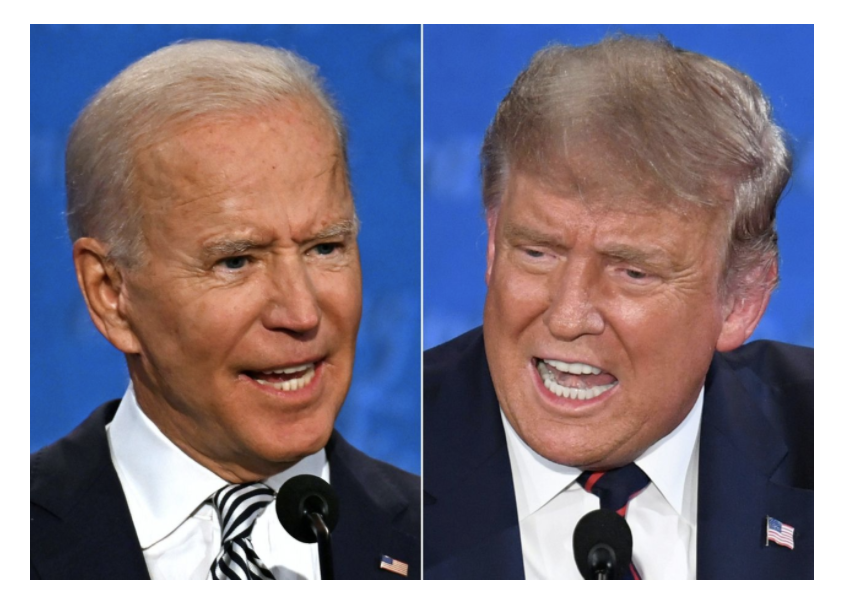 Because of the chaos that ensued from the first presidential debate, several changes were made in the final debate to reinforce fairness in speaking time, and to maintain professionalism. To prevent disorder and irrelevant comments from being made, the microphones of the candidates were turned off when the other person was speaking. With this substantial change, observers of the debate were able to decide which candidate performed better, since both the president and former vice president were able to articulate themselves without having to yell over the other’s voice.

Similarly to the first debate, the beginning topic centered around the Coronavirus pandemic. Trump, who recently contracted COVID-19, had recovered and believed his timeline of the vaccine production and distribution to be more accurate than the claims of scientists. “We’re rounding the turn, we’re rounding the corner, [the virus is] going away,” Trump said. However, Trump’s claim is a paradox since Jay Butler, the CDC Deputy Director for infectious diseases, stated a contradiction. “[…] We are seeing a distressing trend [in COVID-19 cases] here in the United States,” Butler said.

Coinciding with Butler’s statement, Joe Biden immediately used statistics to depict the excessive amount of deaths that could have been prevented if Trump and his administration had handled the situation in a different way. “Compared to what’s going on in Europe, as the New England Medical Journal said, they are starting from a very low rate. We’re starting from a very high rate. The expectation is we’ll have another 200,000 Americans dead between now and the end of the year,” Biden said. The former vice president then stressed the importance of wearing masks to prevent more lives from being lost, whilst also emphasizing that Trump “[…] has no plan.”

To conclude the debate, both candidates were given 60 seconds to address the Americans that did not vote for them as if it were their Inauguration Day. “We have to make our country totally successful as it was prior to the plague coming in from China. Now we are doing record numbers. 11.4 million jobs in a short period of time, et cetera,” Trump said. Subsequently, Biden used pathos to elicit an emotional response from the audience. “We’re going to choose science over fiction, hope over fear. […] What is on the ballot is the character of this country. Decency, honor, respect, treating people with dignity, making sure that everyone has an even chance. And I’m going to make sure you get that; you haven’t been getting it the last four years,” Biden said.

Throughout the debate, both candidates were substantially more civil with each other due to the muting of microphones and the change in moderators. Similar to the first debate, Biden used various rhetorical tactics to appeal to the audience. However, Trump was also more specific than he was in the previous debate, and was more methodical and disciplined than before. Yet, Biden’s immense use of empathy towards the audience allowed him to conclude the debate better than Trump’s repetitions of  “China Plague,” making a lasting impression upon the American people.