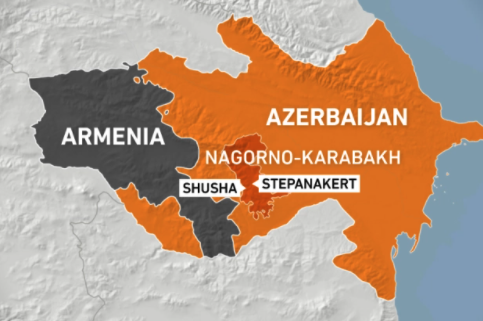 2020 has been filled with wildfires, a pandemic, and now even war. In mid-September, a war sprouted between Armenia and Azerbaijan, two adversarial countries, who have both claimed the region of Nagorno-Karabakh, also known as Artsakh, which has an ethnic majority of Armenians. As we live near Glendale and Burbank, the most populous area of Armenians in the world outside of Armenia, you have probably seen numerous cars with the Armenian flag on their car, in solidarity with Armenians in Armenia. Though the violence has received little to no attention from the United States, due to the election, it is important for us to know what is truly going on in and what is at stake.

To start off, we have to look at the historical background of both these nations, and why they share a rivalry among them. So let’s start with Armenia. Though Armenia’s history dates back centuries to their historic empires, the current Republic of Armenia was founded in 1991, after the dissolution of the Soviet Union. Now, Azerbaijan was known as the Azerbaijan Democratic Republic, established in 1918, but was taken as a part of the Soviet Union two years later. Then, like Armenia, after the dissolution of the Soviet Union, the Azeri people declared independence. Though, Armenia is about 97% Christian and Azerbaijan is about 96% Muslim (though there are two different sects that divide), religion is not the reason for the hatred between the two nations. Going back to the dissolution of the Soviet Union, when the land of Nagorno-Karabakh, which was in Azerbaijan, was being handed to Armenia, a full-on war escalated, leaving 30,000 dead and 1 million refugees. So, the fight for this land is not something new to Armenians and Azeris.

Now, the current situation going on has led to more than 2,000 casualties on each side, where innocent civilians are about 140 of those on both sides. This conflict is obviously different from previous ones due to the advancement in military equipment, which for Azerbaijan is mainly supplied by Turkey, another adversary of Armenia. Both countries of Armenia and Azerbaijan actually agreed to a ceasefire that was pushed by Russia’s president, Vladimir Putin. The ceasefire was broken, however, as Azerbaijan continued their advance. Media and information from both governments will always be biased, but what we cannot ignore is the absolute need for peace in the region. But the question everyone is asking is “How?”

Truly what is going on in Nagorno-Karabakh is sad and frustrating to hear, but all we can hope for is peace for all, not just through our words, but our actions. If 2020 has taught us anything so far, it is that we have to all work together for the greater good. 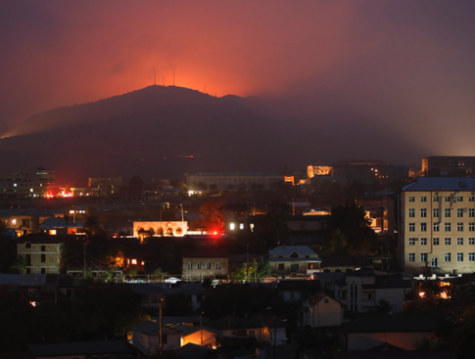