The Impact of the Georgia Runoffs on the Senate 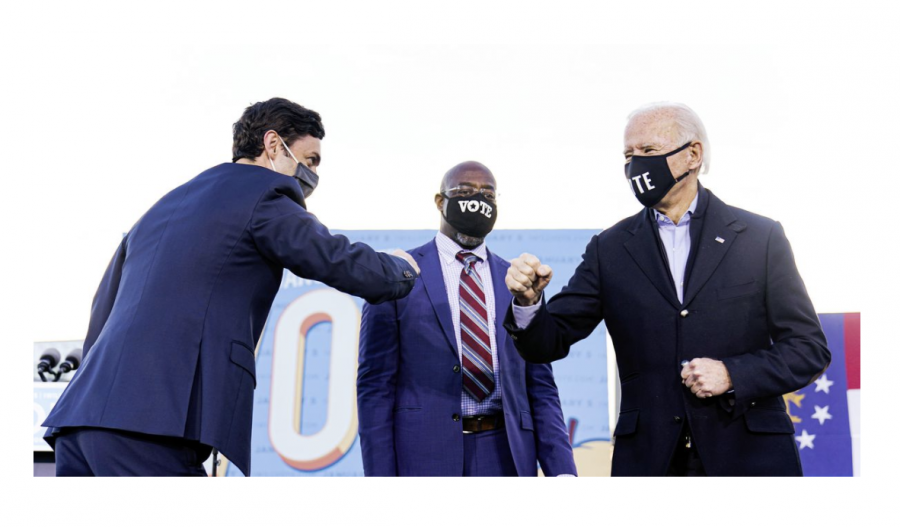 With the results of the Georgia Senate Runoffs, the Democratic party has been granted control of the Senate, acting as a catalyst for significant changes in the future. Democrat Raphael Warnock was triumphant in gaining the position of the current Senator, a Republican. Democrat Jon Ossoff took the seat of another Republican only several hours after Warnock’s success. This crucial event sets the stage for the next two years as the Democrats can bring more plans of theirs to fruition.

In the first race, Warnock had a 1.2% lead over his opponent, and was winning a vast amount of the mail ballots which sealed his fate. Subsequently, Ossoff’s race had a slimmer margin between the candidates since Ossoff was leading only by 0.56%, or by 25,000 votes. Because of President Trump’s conviction towards the inaccuracy of the 2020 election results, many people chose to not vote in these runoffs. “You had a lot of voters who were confused about whether or not their vote was going to matter,” John Thune, a Senate Republican of South Dakota, said. Due to this paradox, the votes supporting Ossoff’s opponent, David Perdue, were slightly less than what he had garnered in previous races. Ultimately, the Associated Press announced the winners of both races so the Senate now has a 50-50 ratio of Democrats to Republicans.

Similarly to most other Southern states, Georgia has been Republican for decades. However, the state had voted for Biden during the 2020 elections, depicting them as a swing state. This shift is primarily because of demographic changes with Atlanta; as the older Republican citizens die, younger people from Atlanta move to Georgia and bring their political views along with them. The importance of this switch is that the alternative ratio in the Senate could have been 51 Republicans to 49 Democrats which would be beneficial for the former. Hence, either of these possibilities could have occurred because of the unpredictability of the voters.

Therefore, the outcome of the Georgia Runoffs was heavily anticipated because it determines the direction that the Senate would go down when dealing with future bills and laws. Because vice president-elect Kamala Harris has the ability to be a tie-breaker in situations, the Democrats have an advantage over the alternative party. Thus, with this substantial capability, the President-Elect Joe Biden would be able to implement any liberal act such as improving health care, increasing the minimum wage, and deciding on proper stimulus to help the economy.