Breaching the Heart of America 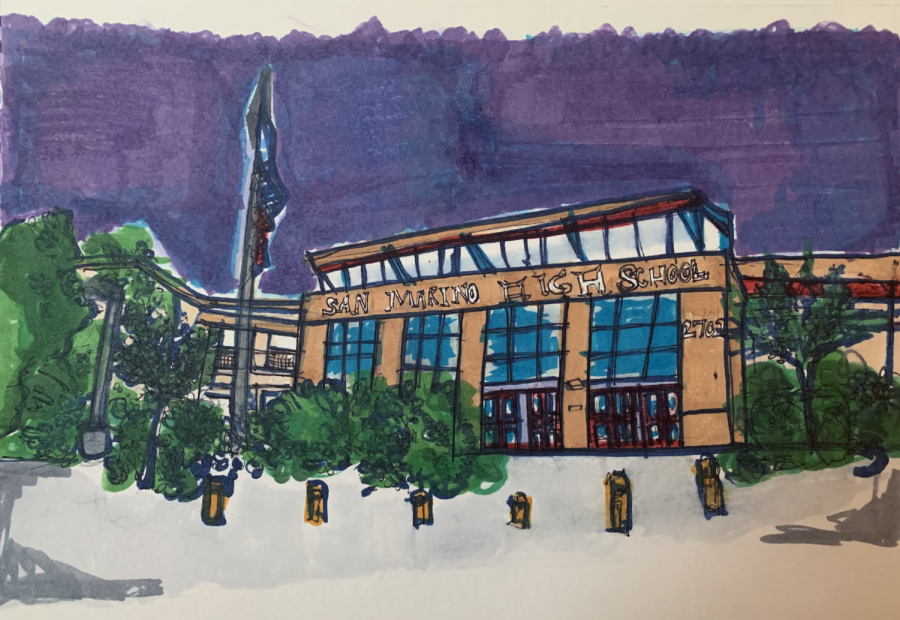 Due to President Trump’s repeated allegations that the 2020 election between himself and Joe Biden had glaring election fraud, Congress held a meeting to either confirm Biden’s presidency or reject the electoral college’s validity. Many Trump supporters gathered together at the Capitol on January 6th of 2021 in hopes of stalling the decision and sending a message to Congress about their feelings about the election. Unfortunately, the protest went much past a peaceful march outside the building. The protestors began to storm the capitol with video footage depicting them climbing over walls and pushing past guards. Some even made it as deep as the hearing room itself, even stealing the Speaker of the United States’ House of Representative’s lectern. Given how the Speaker is Nancy Pelosi, a figure whom many Trump supporters disagree with, there were some who decided to lounge in her office and steal her property such as letters. These actions were disapproved of by both Republicans and Democrats. Both parties had many individuals come out through social media shaming those who disrespected our capitol’s sovereignty. Democrats went as far as proclaiming these people to be domestic terrorists. Even President Donald Trump came out with a video telling all of his supporters to go home and to not disturb Congress any longer. However, despite Trump’s efforts to deescalate the commotion, the Democratic party began to claim that Trump actually incited the violence on capitol hill and that he led an insurrection against Congress. This has led to now a possible second attempt of impeaching Trump. Although Trump’s presidency is coming to a close soon, Democrats still want to impeach him because it will remove his ability of running in the 2024 election, as well as strip him of many post-presidential privileges such as secret service protection and paid vacations. Although I disagree with many of Trump’s policies and actions, I must disagree with the notion that he orchestrated the storming of capitol hill. Not only did he denounce those causing violence, but he pleaded for them to stop. If someone started killing others in the name of Martin Luther King Jr., we would not then say that MLK was an advocate for violence just because a supporter of his acted as such. Another complaint is that the way the police treated the Trump supporters greatly differed from the treatment of the Black Lives Matter protestors making an argument for white supremacy. Firstly, I do not like these two events being compared. Not only are they completely different circumstances with completely different timelines, they are also fighting for issues on the opposite sides. Comparing them doesn’t do either justice. BLM was a protest advocating for the equal treatment of African Americans and speaking out against police brutality. BLM protests lasted for multiple days and set the entire capitol on fire. The storming on capitol hill was a spur of the moment event that occurred in a petty attempt to stall Congress’ ability to confirm Joe Biden’s upcoming presidency with a casualty toll of one person. In no way should the comparison of the events ever be used to progress a rational conversation. Like or hate Trump, in this instance he is not responsible for an event he opposed. My belief that the BLM protests and the storming of capitol should not be compared is not an argument for the non-existence of white privilege in America. This stems from my desire that the events be judged solely for what it is instead of devaluing it by comparing it to another.